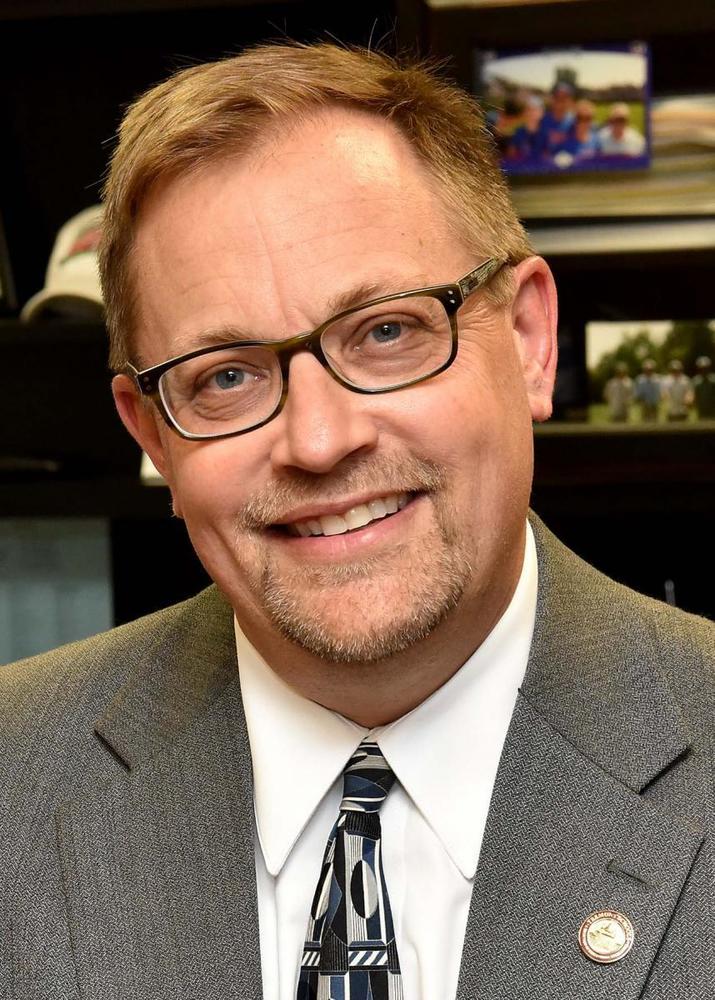 A big congratulations and thank you is in order for our retiring superintendent, Jeff Hinman.  Mr. Hinman has served the district for a total of 32 years! He has worn many hats in his tenure at D702. From coach, to teacher, to principal, and to superintendent, Jeff has been a loyal, ambitious, and dedicated figure for the community of Tremont.

Also a graduate of Tremont High School in 1982, Jeff started his service as an employee of Tremont School District as the middle school baseball coach in 1984, while attending college at ISU. In 1988, Mr. Hinman was hired as a high school History teacher, where he taught for six years.  During this time, he was also known as Coach Hinman, as he coached varsity girls basketball (88-94), as well as being the assistant football coach (85-91), and assistant high school baseball coach (90-94). Mr. Hinman briefly left Tremont for a year in 1994 to be the Assistant Principal at Canton Ingersoll, but returned to Tremont the following year as the junior high principal from 1995-2007. During those last seven years as the junior high principal, Jeff was also the high school principal, pulling double duty.  He served solely as the high school principal from 2007 to 2012.

In 2012, Mr. Hinman became the Tremont District Superintendent.  As of June 30, 2020, Jeff Hinman is officially retired.  We want to extend our appreciation for a job well done for his service to this district and community, and congratulate him on his retirement!